When did Manchester Disc Golf really begin? It depends what you mean by begin, but one good place to start is on Shelley Heckman’s birthday in March of 2008. Shelley was one of the founders of the Ultimate Frisbee club DUFFA, and she was looking for an entertainment option for her frisbee friends, she took us all to Leamington Spa to play disc golf at Quarry Park. Many of the DUFFA crew had never touched a disc-golf disc before that day. The drive to the course was long, the drives on the course were mostly abysmally short, but somehow we all managed to catch the bug, and disc golf became a frequent sideline game and extracurricular activity for DUFFA. We brought out the target baskets for our tournaments and events, and made the pilgrimage down the M6 a least a couple of times a year to visit Quarry Park. 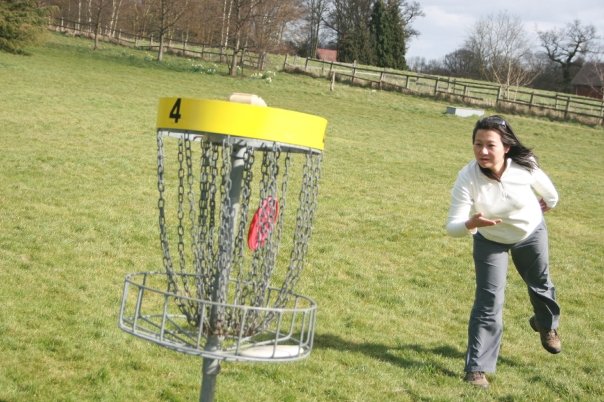 We need volunteers to help us raise money, design, build and maintain the course, and run events for beginners. If you'd like to help, or you're just interested in keeping up to date with the latest developments and events please subscribe to our Newsletter , join our Facebook group, or send an email to info@manchesterdiscgolf.co.uk.